Erie Pennsylvania is a rust belt community that is being resurrected, in part, by a flourishing refugee and immigrant community.  A historic destination in the early 20th century to Italians, Poles, Germans, Irish, Russian and many more ethnic populations, Erie attracted these new Americans with the promise of hope of a better economic future.   During the 70’s through the early 2000’s, Erie once again received an influx of immigrants from eastern Europe, Iran and Southeast Asia.  In the past decade, Erie has become the home to large populations of refugees from countries such as Bhutan and Nepal and also a large influx of refugees from the African continent.  Following recent wars in Iraq and Afghanistan, Erie has received many refugees from Iraq and Syria.

The Looking Glass Art Project worked with over 75 refugees from the International Institute of Erie and over 225 English as Second Language Students at Erie High School.  Under the direction of artists Tom Ferraro and Ed Grout, participants examined the stories of their lives.  They shared not only the history and culture of their homelands, but also the perils and atrocities of events that led to their flight to the United States and ultimately to Erie, Pa.

The participants found  commonality in their stories and created imagery from exercises developed by the Looking Glass Art Project.  Pattern and fabric emerged as a common theme that weaves a tapestry of identity for each represented country.

The final design flows across the wall of the Palace Hardware building located at 915 State St. in Erie, Pa.  It is a majestic reminder of flight, strength and perseverance and more importantly, it is a reminder of hope for Erie’s future. 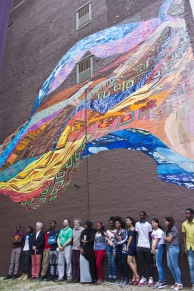 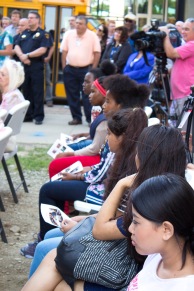 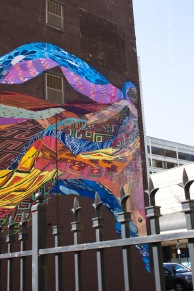 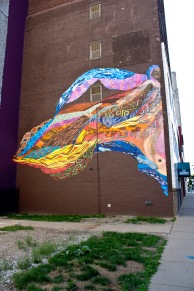 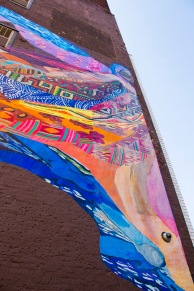 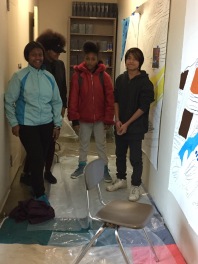 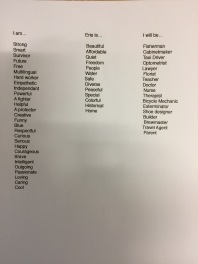 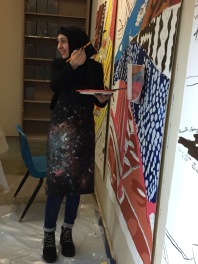 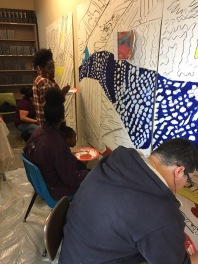 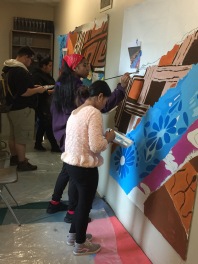 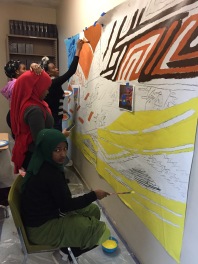 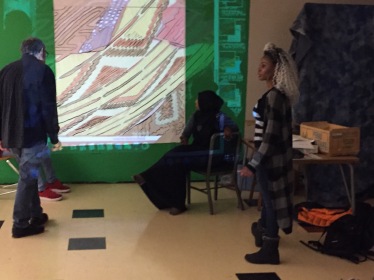 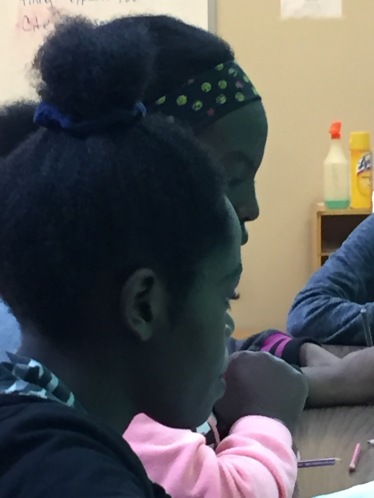 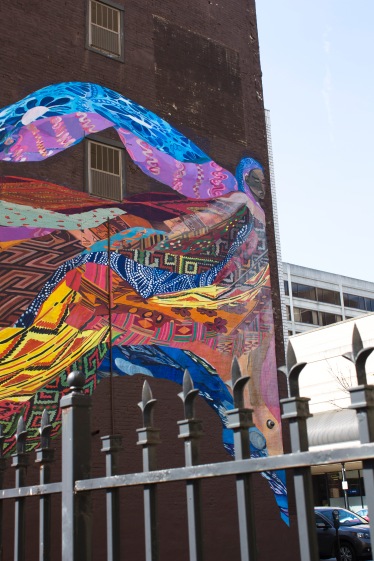 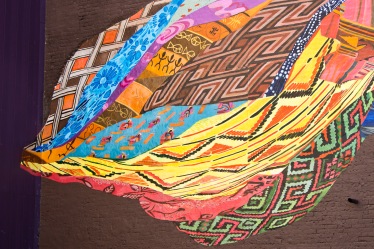 This project was made possible in partnership with: